[ Huaqiang Security Network News ]
According to my years of experience, we must first understand the definition, minimum illumination, signal to noise ratio, automatic gain control (AGC), backlight compensation (BLC), electronic shutter (ES), white balance (WB) when selecting a camera. And the eight performance indicators of the synchronization method determine the quality of the camera. 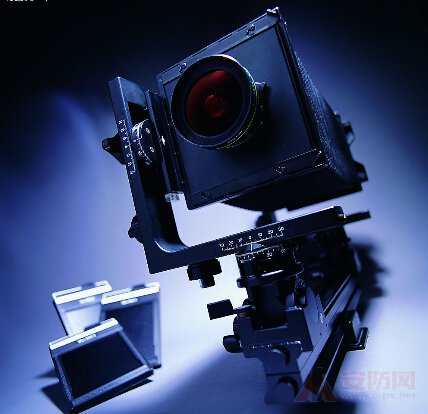 1. Clarity: This is the maximum number of lines that can be seen on the monitor (which should be higher than the resolution of the camera) when the camera appears black and white fine lines during shooting. When this number of lines is exceeded, only a gray piece of the screen can be seen on the screen and no black and white lines can be recognized. The sharpness is determined by the number of pixels of the imaging device. Obviously, the more pixels of the imaging device, the clearer the resulting image, and vice versa. The higher the resolution, the higher the camera grade, and vice versa.
2. Signal to noise ratio: is the ratio of signal voltage to noise voltage, usually expressed by the symbol S / N. When the camera captures a brighter scene, the screen displayed by the monitor is usually brighter, and the observer is not easy to see the interference noise in the picture; when the camera takes a darker scene, the screen displayed by the monitor is dim, the observer is It is easy to see the snowflake interference noise in the picture. The strength of the interference noise (that is, the degree of influence of the interference noise on the picture) is directly related to the quality of the camera signal-to-noise ratio indicator. The higher the signal-to-noise ratio of the camera, the smaller the influence of the interference noise on the picture. The typical value of the CCD camera signal-to-noise ratio is generally 45dB~55dB. When measuring the signal-to-noise ratio parameter, it should be directly connected to the video output terminal of the camera using a video clutter.
3. Electronic Shutter (ES): A term used to compare the mechanical shutter function of a camera, which is equivalent to controlling the photographic time of the CCD image sensor. Since the essence of CCD sensation is the accumulation of signal charge, the longer the sensitization time, the longer the accumulation time of the signal charge, and the larger the amplitude of the output signal current. By adjusting the accumulation time of the photogenerated signal charge (ie, adjusting the width of the clock pulse), the function of controlling the CCD sensing time can be realized.
4. Automatic Gain Control (AGC): Use the camera's automatic gain control (AGC) circuit to detect the level of the video signal, and switch the AGC in time, so that the camera can work in a large illumination range. That is, the dynamic range, that is, the sensitivity of the camera is automatically increased in low illumination, thereby increasing the intensity of the image signal to obtain a clear image. Cameras with AGC function will have higher sensitivity in low illumination, but the noise will be more obvious at this time.
5. Synchronization mode: The synchronization mode of the camera generally has internal synchronization, power synchronization and external synchronization. External synchronization (EXT) uses a synchronization signal generated by an external synchronization signal generator to be sent to the external synchronization input of the camera for synchronization. The synchronization signal may be a color composite video or a black burst signal (VBS), a black and white composite video or a composite sync signal (VS), or a multiplexed vertical drive signal (VD2) and a composite video output signal of an external device such as a matrix. Internal synchronization (INT) is performed by generating a synchronization signal using a crystal oscillation circuit inside the camera. LS (Line Locked), also known as linear lock or line lock, uses the camera's AC power to complete the vertical push sync, that is, the camera and power neutral synchronization.
6. White balance (WB): Turn off the automatic white balance. Adjust the red or blue adjustment device manually to change the red or blue condition. Generally, the level can be adjusted up to 107. If you increase or decrease the red level, increase the level. Or reduce each level of blue. In addition to the second, some cameras also have white balance fixed at 3200K (incandescent level) and 5500K (daylight level) and other grade commands. However, it should be known that it is only used in color cameras. Its purpose is to realize that the camera image can accurately reflect the scene condition, and there are two methods: manual white balance and automatic white balance.
7. Backlight Compensation (BLC): When the backlight compensation function is introduced, the camera detects only one sub-area of â€‹â€‹the entire field of view (such as the center area from the 80th line to the 200th line), and obtains the average signal power of the area. Flat to determine the working point of the AGC circuit. Since the average level of the sub-area is very low, the AGC amplifier has a higher gain, which increases the amplitude of the output video signal, thereby making the subject picture on the monitor clear. At this time, the background image will be brighter, but the difference in subjective brightness from the main picture will be greatly reduced, and the visibility of the entire field of view will be improved.
8. Minimum illumination: The minimum illumination of a typical color camera is 2~3 LUX. The measurement of illumination is based on a certain lens aperture factor. Therefore, you can not only see the minimum illumination indicated in the camera manual, but the camera should be at the same aperture factor. The size of its illuminance value. The minimum illumination is the brightness value of the scene when the brightness of the subject is low to a certain extent and the video signal level output by the camera is lowered to a certain value. The lower the minimum illumination, the higher the camera grade. In actual use, the camera's nominal minimum illumination cannot be used as a measure of the ambient illumination of the site.