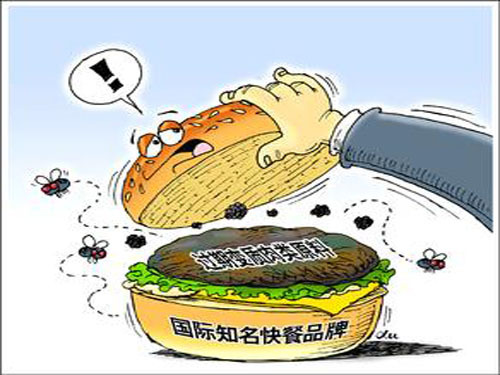 After the Fuk Hei incident, many downstream fast food brands claimed that they had never purchased Fuk Hei raw materials, and consumers were skeptical. This reflects the current situation where food safety information is not transparent enough. On August 12, Shanghai held the Legislative Hearing of the "Measures for the Administration of Food Safety Information Traceability in Shanghai (Draft)." While agreeing with the original intention of legislation, many participants thought that a message should be established between food producers and operators and consumers. The bridge is still a long way to go.

The traceable food category triggered a hot debate on the type of traceable food. According to the draft, foods such as grain and food products, meat and animal products, poultry, vegetables, dairy products, edible oil, aquatic products, and alcohol are included in the scope of requirements for food safety information traceability management. According to the Director of the City Food and Drug Administration, Zang Zuqiang, the city currently has rice, pork, beef and mutton, live chicken, cold chicken, green leafy vegetables, infant formula, sunflower oil, soybean oil, freshwater fish, liquor, and wine. Such as food traceability information management.

"Why there is no fruit? There are bean sprouts, soy products, bottled water?" City representative Xu Liping questioned. Shanghai Darunfa Co., Ltd., representing Yingying, believes that the eight major categories are too general. For example, in a supermarket, cold chickens will be â€œdivided into piecesâ€ and broken into chicken drumsticks, chicken wings, chicken claws, chicken gizzards, etc. Whether the cold chickens mentioned in the draft cover these â€œpartsâ€? It is hoped that in the process of legislation, a specific food catalogue for implementing information traceability management will be introduced to facilitate the reference of production and business operators.

It is not easy to trace back to Shanghai. Since 2006, Shanghai began to conduct pork traceability trials at certain live pig slaughterhouses, meat wholesale markets, and standardized food markets. Currently, pork traceability has basically reached 100%, but there are still many varieties of It is still difficult to thoroughly trace food.

Yang Jun, a representative of the Shanghai Agricultural Products Wholesale Market, confessed that vegetables and aquatic products are the most difficult to trace back. These two types of products are sold in bulk. They can neither print "two-dimensional codes" on prepackaged chickens like cold chickens, nor can they be like pigs. Inserting electronic ear tags for scanning, even if a "carrier" is developed, it is costly to install on every vegetable and fish.

Judging from international experience, relying on scientific and technological information means, it can indeed realize the traceability of food information with high efficiency, but it must also consider the cost of implementation. â€œFood production and operation operators have the obligation to perform traceability, but will the cost of implementation be passed on to consumers?â€ Zhang Jianhua, a member of the People's Political Consultative Conference, expressed concern about this. He also stated that while the government departments are trying to supervise, they also need to introduce some encouraging measures to increase the enthusiasm of the actual operation of the company.

Small hotels have not yet been included in the scope of application of the scope of application is the eight major categories of food production and processing companies, slaughter and processing plants, import enterprises, wholesale markets and standardized vegetable market operators, supermarkets, supermarkets, more than medium-sized food stores, food storage Transportation delivery units, group meal delivery units, central kitchens, school canteens, hotels of medium-sized or above.

The draft did not make specific requirements for small restaurants. According to the â€œFood Safety Lawâ€, as long as a food inspection record system is established, such a system does not necessarily have to be informatized. This is a big and medium-sized food producer and operator who has to pay for human and material resources. It may not be fair.

Shen Fujun, professor of East China University of Political Science and Law, pointed out that consumers who go to small restaurants should eat more than those of medium-sized ones. Hotels above medium-sized hotels have implemented food safety information traceability, small hotels do not, and food safetyâ€™s right to information is not guaranteed. The corresponding consumer may also be unfair.

Subject to issues such as the level of development and characteristics of production and operation, it is indeed impossible at this stage to include all food and related producers and operators in the scope of the draft regulations. This requires a gradual process. The Secretary-General of the Municipal Consumer Protection Committee, Tao Ailian, proposed to fully investigate and implement the food safety information traceability system in two batches, "on the fly" and "in the future."

â€œThe establishment of a food safety information traceability management system aims to implement the main responsibilities of food producers and operators.â€ Zhai Zuqiang emphasized that at the current stage, some companies do have difficulties, but in contrast, the ability and credibility of large-scale enterprises to implement food safety responsibilities A higher degree and the establishment of a strict information traceability management system can actually push the scale of the food industry from the end and fundamentally change Shanghai's food supply to rely on foreign supply. At the same time, production, distribution, and catering are still â€œsmall, scattered, and chaotic.â€ Pattern.